Yes, the conversations with RM yesterday were shocking. I don’t believe anything they said. If I make 5 calls, I will hear 5 different things - whatever suits them.

I don’t know why you are labouring this point.

I’m labouring the point because the OP clearly believes they are being told porkies, as they have just confirmed

I don’t believe anything they said.

But they are as I have seen 2nd class post being delivered the other side of the country 2/3 days of posting.

Obviously not all post gets delivered that quick, but some do get through the system. And this is post that has been sent either side of strike days.

The changes Royal Mail want to make wont be good for us either, which is why I support them.

Don’t really want an uber style royal mail system thanks- we all know the issues with gig economy drivers, hermes/evri and I choose royal mail to avoid them. They also want to split letters and post into two separate companies (which that poster ‘parcels are the future’ alludes too).

As benefits are being upped in line with inflation, I don’t think posties are unreasonable to want at least the same.

@Mtone what depot do your bags go into ?

I really don’t understand why people are so protective over posties?
A lot of people in various industries work very hard, and I’ll be honest here, I’ve not been very impressed with the attitude of a lot of Royal Mail staff over the last few years.
Certainly not a group of people I would place at the top of my admiration list.
I think they are going to soon learn that this striking has not done anything but lose them money, and that there are not many other jobs out there that are magically perfect.
It would be nice for everyone to be paid well and love their job, not work weekends etc, but it’s not realistic unfortunately.

Thats because the Bosses have killed morale, by treating postal workers like slaves. Postal workers receive no pay on strike days.

It depends on the mail centre concerned as not all sorting centres suffer the same problems.Our RM pick up driver told me roughly the same thing yesterday saying mail was so backed up that even 1st class mail isn’t being touched for days (This is Sun Street in Wolves)? We were shafted as the OP has been after the first stike in early September. We had 38 lost (that’s lost not delayed) parcels from two bags dated the 8th of September 2022. Whilst we fended off a lot of negative feedback by explaining the situation to customers and resending the items, it totally trashed our sales. We are lucky in that it only accounts for 20% of our company sales and we were able to increase sales from other areas to compensate. But I can imaginge anyone relying solely on internet sales, that its a stressfull time when RM are on strike…

As benefits are being upped in line with inflation, I don’t think posties are unreasonable to want at least the same.

How many of us on here are going to be paying ourselves a pay rise in line with inflation? I know I certainly can’t afford to do it. 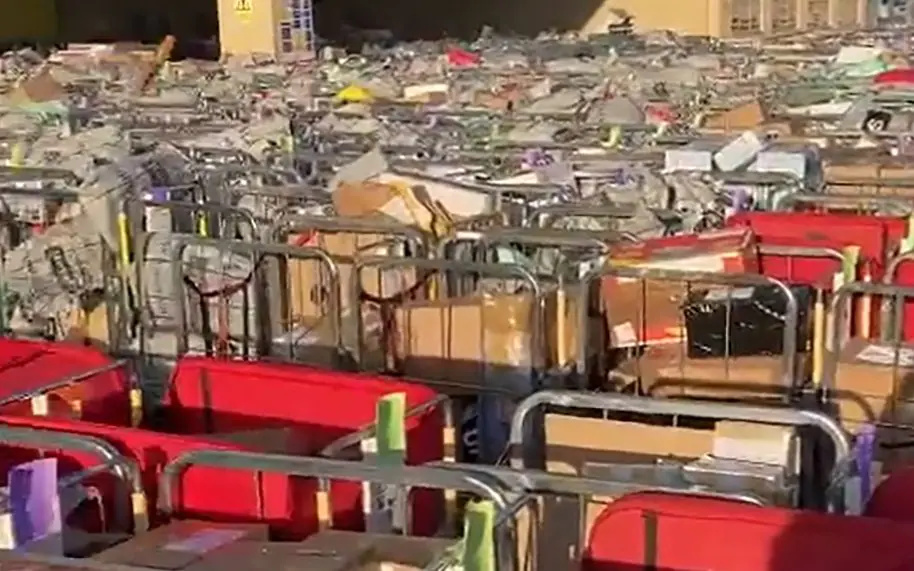 And I raise you! 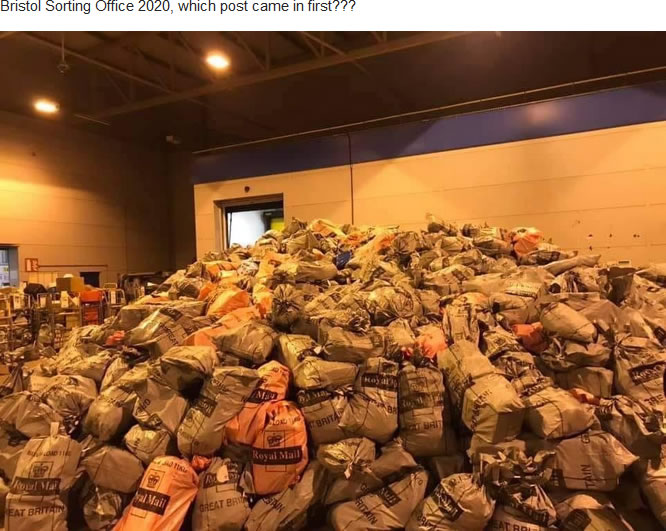 As you suggest there is a lot of variability here, depending on both receiving depots and local delivery
offices

At least some of my RM48 large letters posted on Tuesday 29th have been delivered. My depot is Sheffield

well said. i think it more so the RM who are refusing to talk.

it`s 2022 now though. they tell by the label on the bag top. red equals 1st, green second class

How many of us on here are going to be paying ourselves a pay rise in line with inflation?

I’ve never had a pay rise in ten years, but my dividend varies to compensate. Everybody can only afford so much. That said nurses are taking strike action for an inflation busting 15% and nobody is jumping up and down about that? However, this thread is drifting off topic too much because it’s co-mingling with the strike threads.

There will always be distinct lines in the sand over strikes (by anybody); there’ll always be the supporters, the detractors and those somewhere inbetween. At the end of the day, the OP (and many other sellers) just need to know what the truth is about their deliveries. Sometimes we don’t like to hear the truth but at least we can deal with it better, once we know what has happened.

Of course depots will be choca this time of the year so pics and sensationalised click bait headlines only tell the story they want to tell.

I’m not at all sure that the pictures posted in the press really tell a story.

Also regarding the priority policy posted by Diablo
I also wonder how many business parcels, as opposed to large letters, RM are actually getting at the moment. Judging by these boards which I would have thought is a decent sample it would seem very few

and nobody is jumping up and down about that?

If this were an NHS forum though we would

My postie collected 5 parcels from me on the 3rd. 4 RM48 tracked and 1 RM24 tracked. They were all scanned on the doorstep and 3 of the RM48 parcels were scanned in at Glasgow on the 5th and the other 2 including the RM24 this morning.

My depot is in Norwich. Previous years we had some delays for some parcels/LL and they were not caused by our depot. This year non of the RM48 has been processed for nearly 2 weeks, obviously all problems caused by Norwich depot. Recently we switched to Yodel for our parcels and we were very worried as they don’t have a good reputation. Surprisingly, they do very well - with 50+ parcels per day, we had no issues so far for the last 2 months.